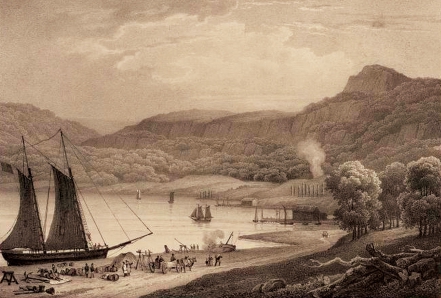 A Mighty River: Celebrating the Contributions of the Peoples of the African Diaspora to the Economic Development along the Lower Hudson River

Presented on February 5, 2009, at SUNY Rockland Community College. The conference consisted of the following:

The “A Mighty River” program should be important to everyone in Rockland County and elsewhere, for it gives a glimpse of the physical, social, cultural, emotional, and financial investment made in this community by peoples of the African Diaspora. Despite the wonderful cultural and racial diversity of this region, little recognition has been given to the contributions of peoples of African descent to the community building and development or to the growth and prosperity along the mighty Hudson River.

It is time to begin to unearth the history and to tell the story.  As we enlighten and educate, we correct the record. Hopefully, this effort will change attitudes – and hearts – so that peoples of the Diaspora will feel a renewed pride in and connection to this community and those of other backgrounds will find a new respect and appreciation for these enormous contributions.

Whether enslaved or free, people of African descent have always had a ubiquitous presence in the ever-changing economies along the Hudson River. “Enslaved African labor was employed as a substitute for and a complement to wage-earners in mercantile river commerce” (Williams-Myers). Not only were enslaved Africans used for the good of commerce they were also the auxiliary units used to defend the settlements against attacks. The presence of the African on the Hudson Valley frontier was vital to its development.

Black workers in saw and grist mills and construction; fishermen, boatmen and watermen, whose nautical knowledge of the Hudson was unparalleled; iron workers in the Ramapo hills; paper mill workers in Piermont; cutters and harvesters of ice in Congers; makers of bricks in Haverstraw; migrant farm workers producing fruits and vegetables; and entrepreneurs who broke through barriers of repression, all contributed greatly to the development of life and industry in the river towns along the Hudson.

Our ongoing programs and exhibitions present the history of this community of peoples whose untold presence has played an essential role in the development of the Hudson River Valley.  As Dr. A.J. Williams-Myers suggests, our objective is to study the historical roots of African people throughout the Hudson Valley “in a microcosm” that will yield a “personal and realistic look at day-to-day life style of the African.” There is much more research to be done, and we look forward to both discovering and sharing this history with you.