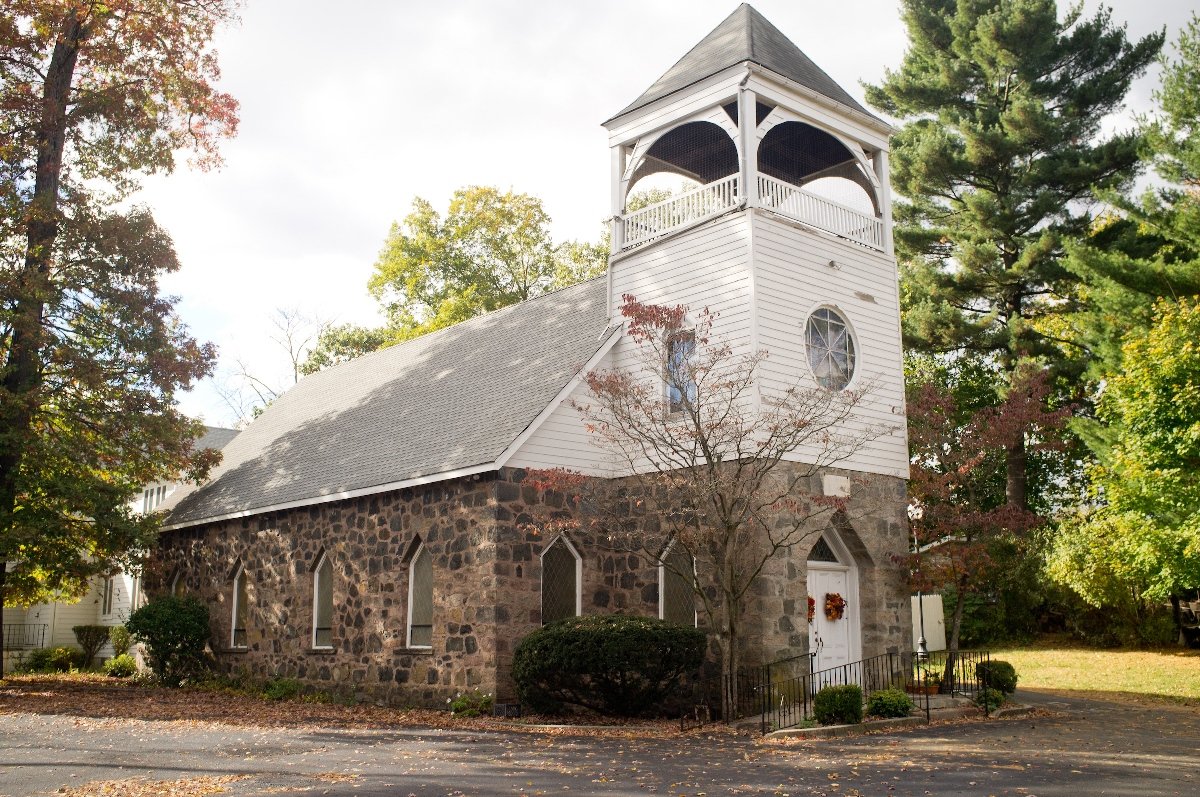 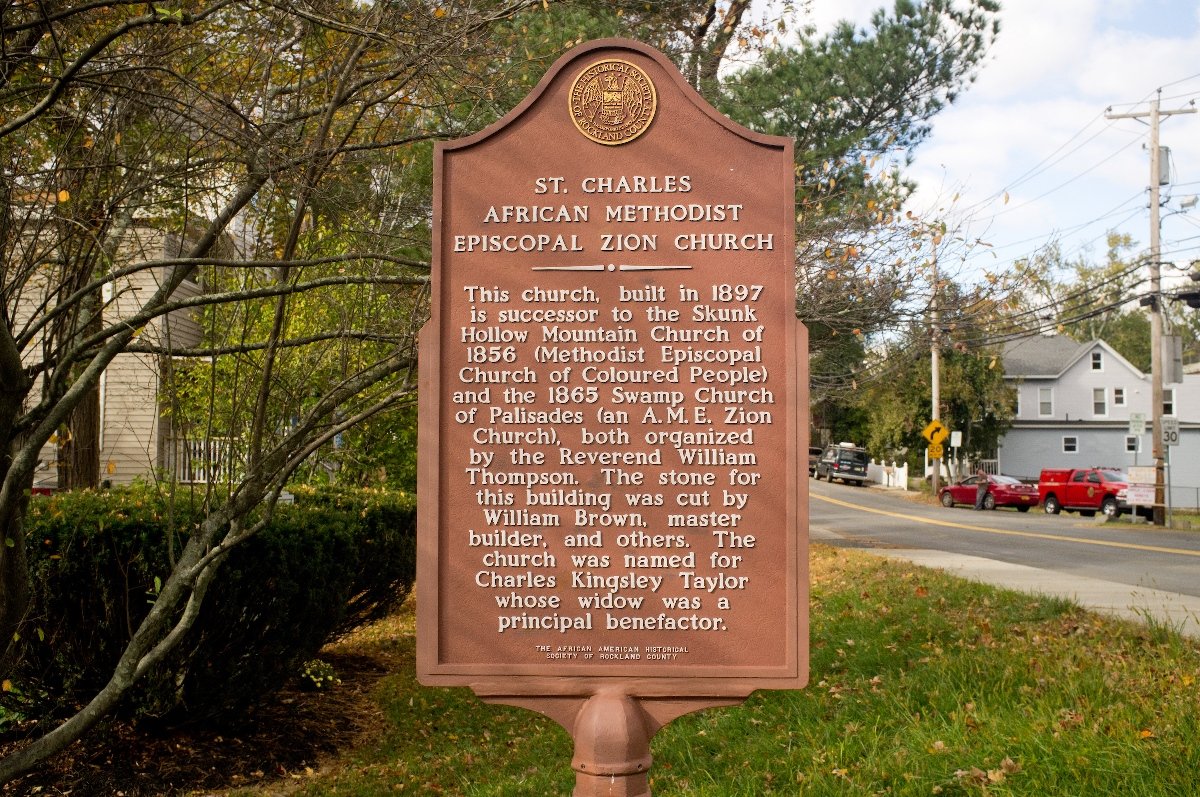 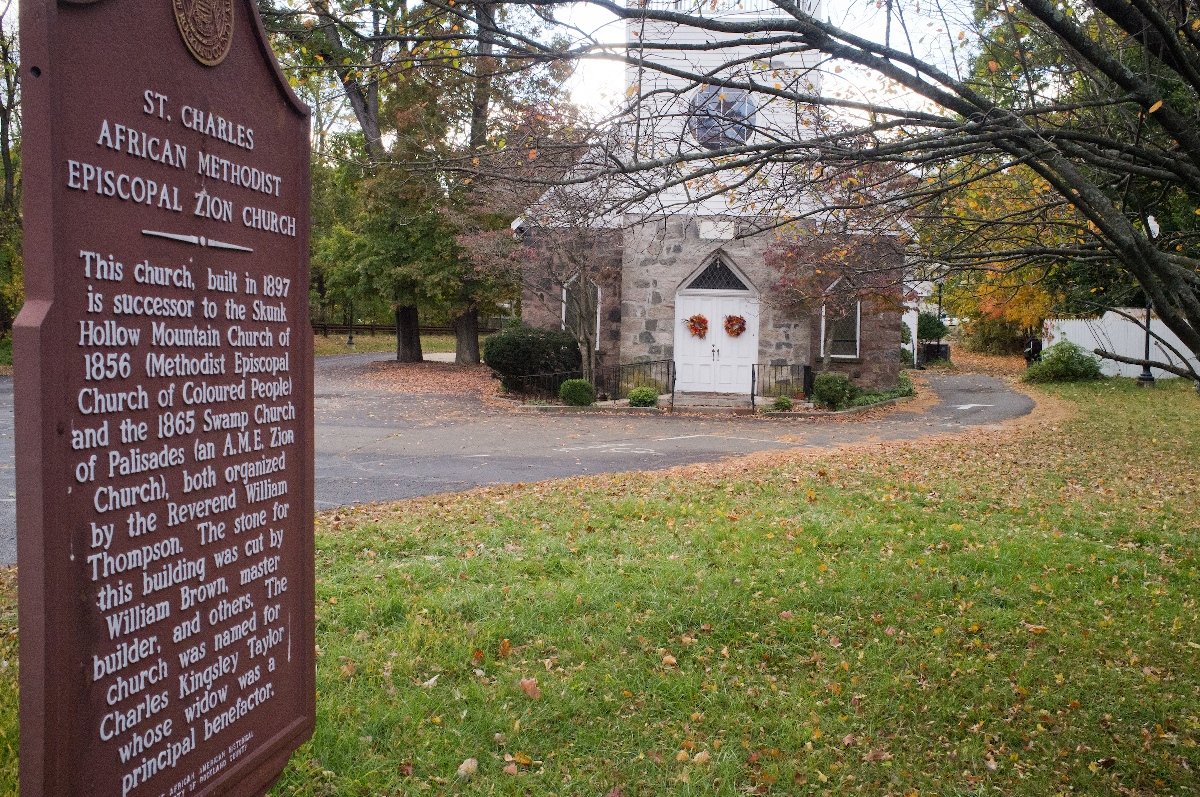 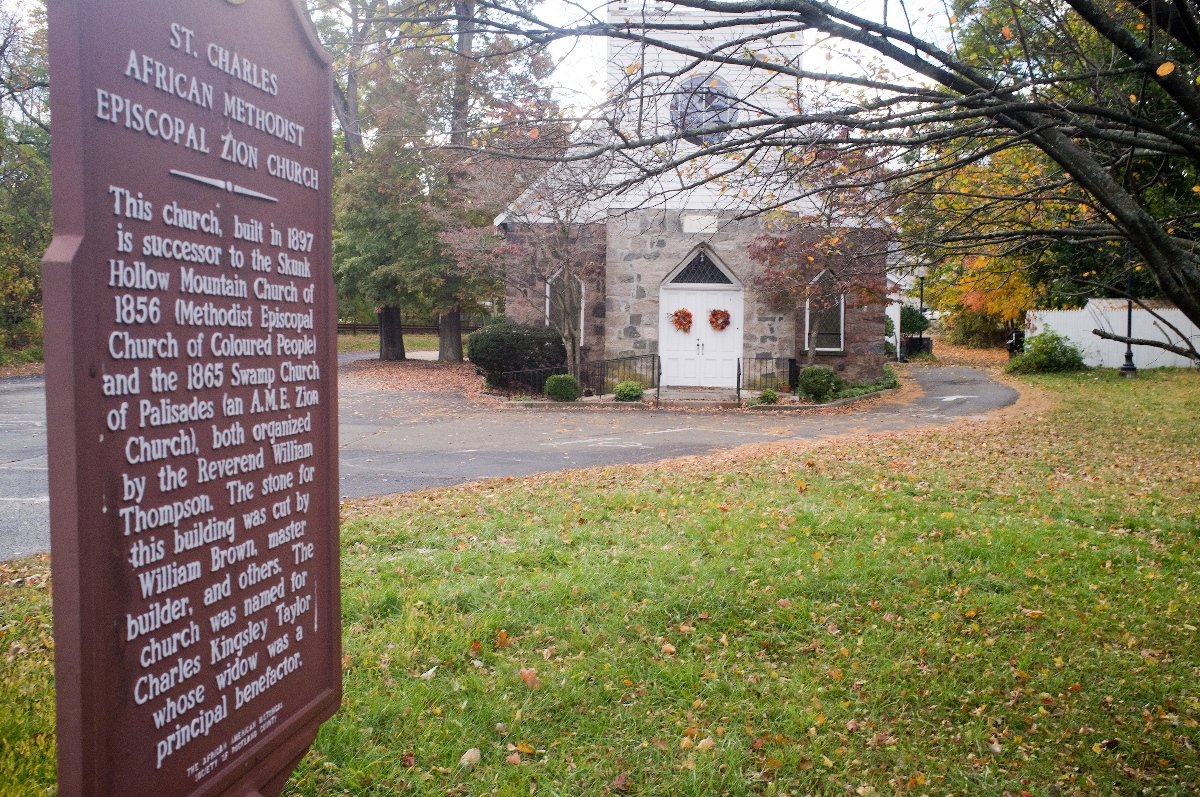 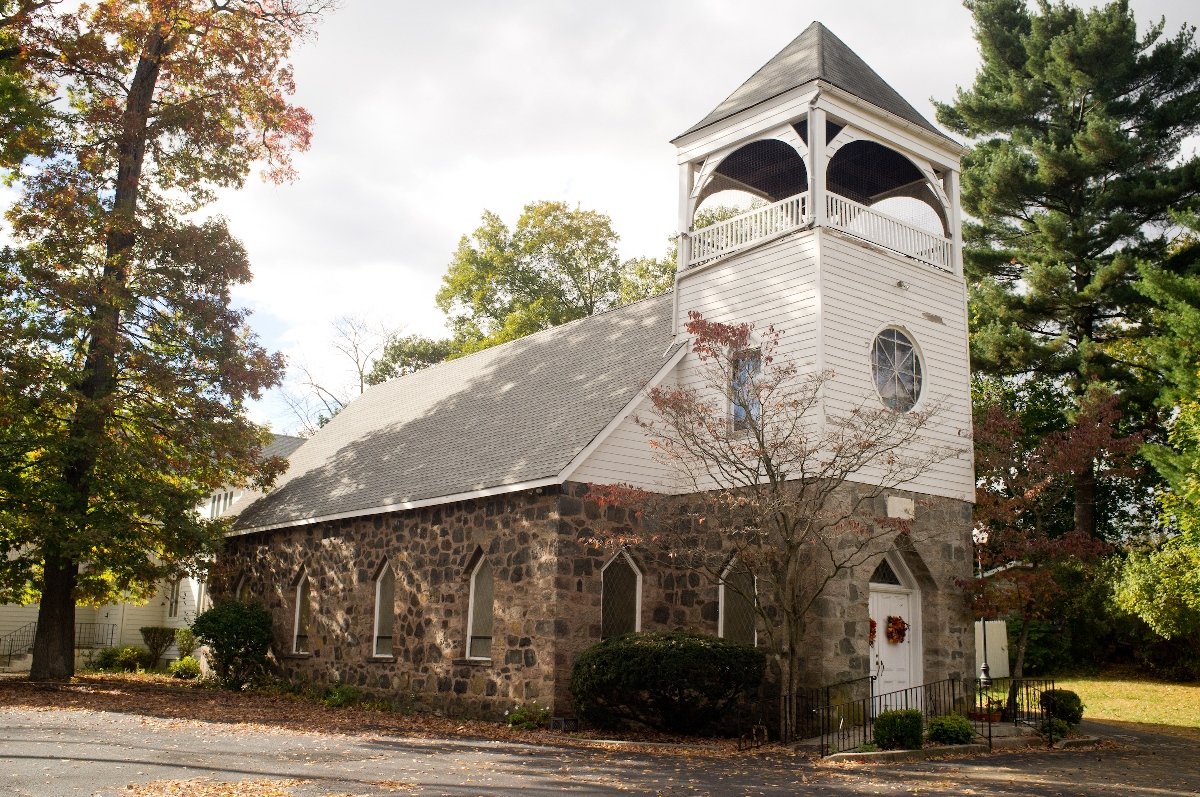 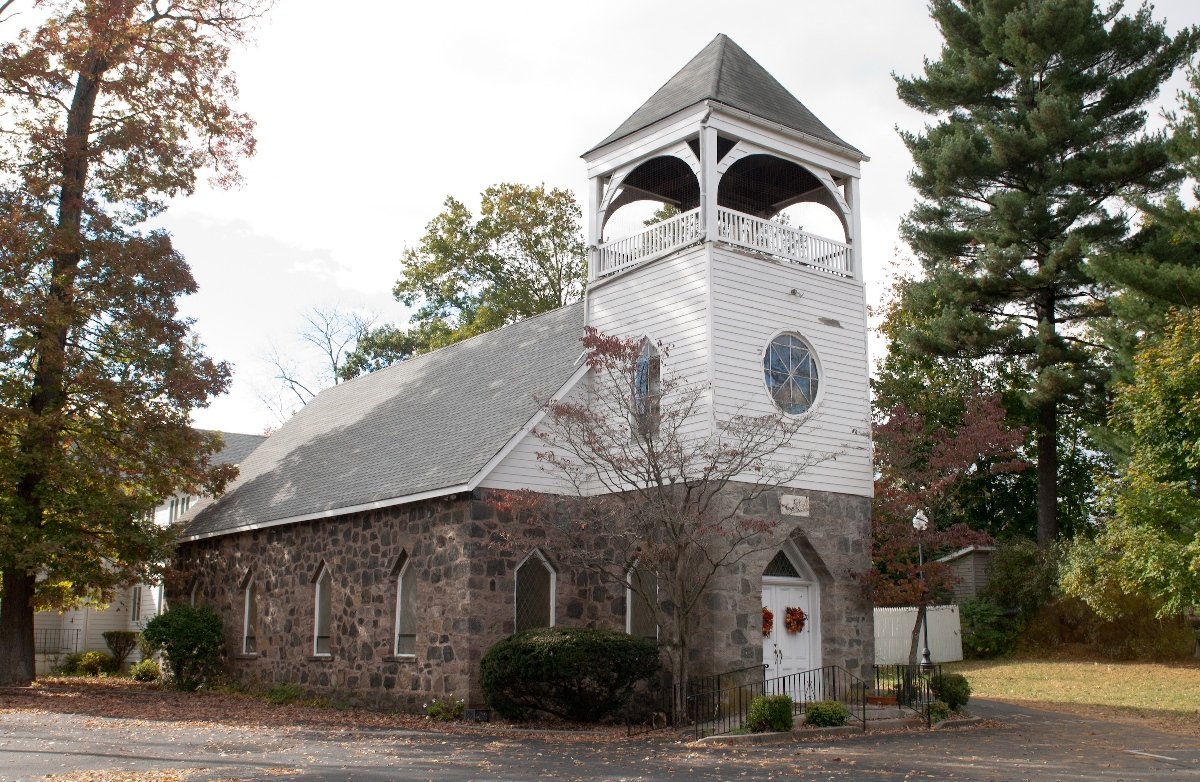 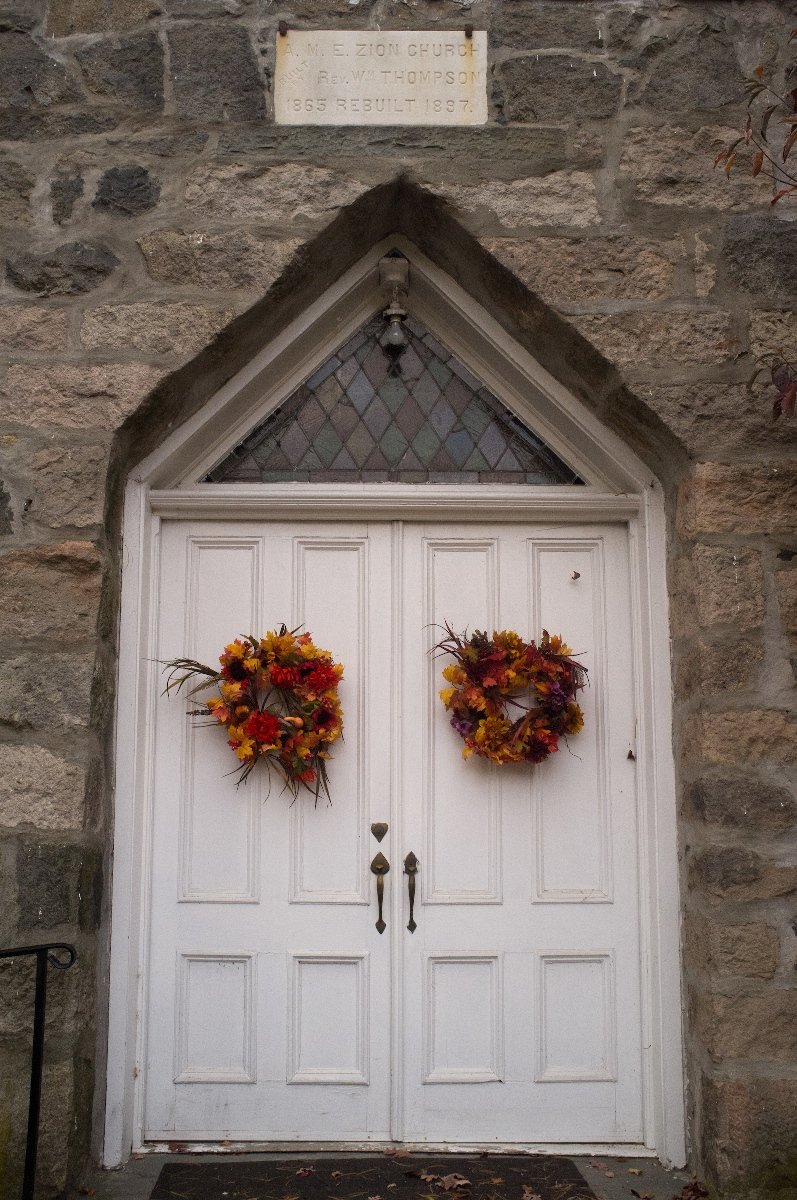 The St. Charles African Methodist Episcopal Zion Church today stands on Valentine Road in Sparkill, New York. In 1897, the church was rebuilt in its present location; however, in the mid-1800s, William and Elizabeth Thompson, who were formerly enslaved, built the original church near the Rockland County line in Harrington Township, NJ, atop the Palisades.

In 1841, William Thompson bought land from a man named Jack Earnest, one of the early Black settlers of the community. By 1856, William and Elizabeth deeded a small portion of the land, a 50 x 50 feet plot to the trustees of the “Methodist Episcopal Church of Colored People of the Township of Harrington.” William Thompson became its minister and supported religious life within the community of Skunk Hollow.

After William Thompson’s death in 1886, the community began to decline after a one hundred year existence. Opportunities outside of the mountain community encouraged residents to relocate throughout Bergen and Rockland counties. Church members from Skunk Hollow would build the new house of worship in Sparkill and name it the St. Charles A.M.E. Zion Church.

William Myers was another Nyack resident who was instrumental to the early history of the church. Myers also served as Superintendent of Sunday the school and became chairmen of the Restoration Committee when the church needed serious repair.