Gift of Music: Composers of the African Diaspora, 2/24/16 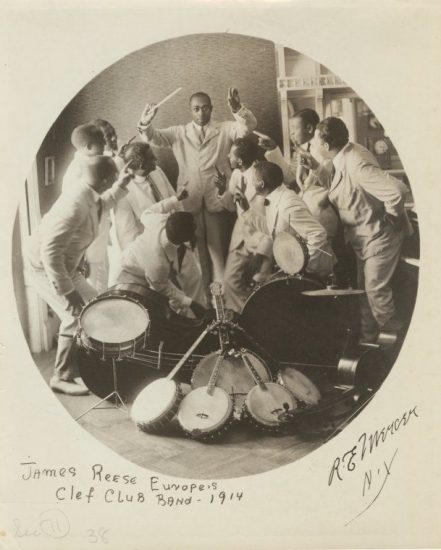 Gift of Music: Composers of the African Diaspora, 2/24/16

The Gift of Music: Composers of the African Diaspora was presented to 500 school children from school districts across the county and to the community-at-large in two programs. The identical presentations showcased male and female composers from the U.S. and from other parts of the world and introduced audiences to Black composers influenced by European classical tradition, by African rhythms and culture, and to some who created hybrid styles.

Diverse genres were presented including classical, spirituals, blues, folk, jazz and other forms via video, narration, a specially created historical photo exhibit that traveled to different venues, and live performances by RCC students and professional artists. This program was designed to educate, engage and entertain, and create better cultural understanding among the diverse groups in our community, for music is a universal communicator. 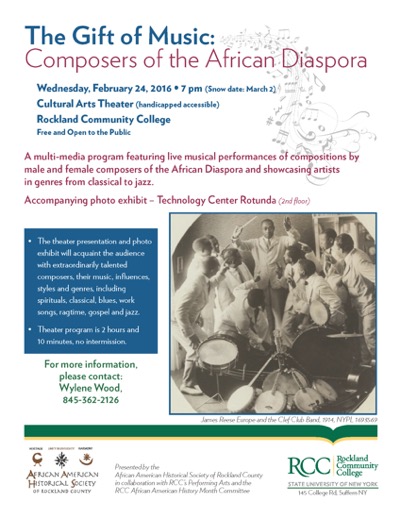