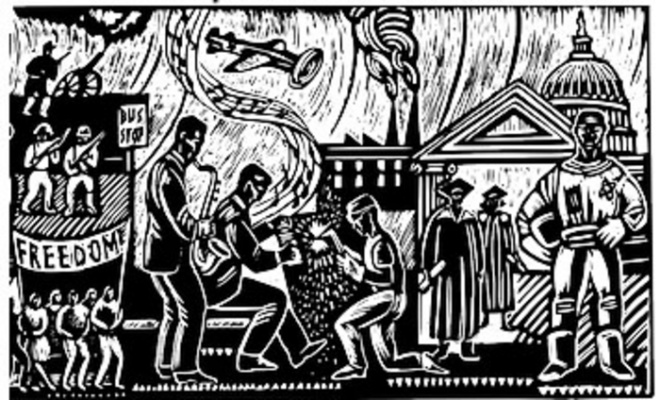 Land at present day Piermont purchased from the Lenni Lenape Indians by the colonial British.

Legal title was deeded to Orange , known as the Tappan patent, and was granted to “thirteen Dutchmen and three Negroes”. The Africans involved in this transaction were: Claes Manuel (Emanuels), and John De Vries, and a share of the patent to be inherited by Emanuels young son John. The Africans were believed to have been relocated from the Peter Stuyvesant’s Bowery (farm) on Manhattan Island to the area.

Pinkster, Dutch for Pentecost holiday mentioned as celebrated by Dutch and Africans generally during the warm weather month of June.

Africans in Rockland enslaved and free comprised 8% of the population of the southern portion of Orange county.

U.S. Congress enacts 1st Fugitive Slave Act. This law dictates that a person moving an enslaved person from one state to another—must first obtain a certificate of Removal from a local, state or federal judge. The Act also forbade anyone from assisting or sheltering a runaway.

February 23rd officially the date Rockland and Orange Counties were separated. The County seat continues to be administered in New City for inhabitants living south of the mountain.

The Gradual Emancipation Act to free the enslaved Africans of NY is passed to become fully enacted by July 4, 1827.
1800s

Enslaved Africans in New York, legally emancipated, however many still engaged in forms of servitude to former masters, women up to 25 years and men up to 28 years. Last enslaved African in NY freed in 1844.

Edward Hesdra of Nyack is an agent for the Underground Railroad assisting enslaved runaways en route to Canada.

Today a plaque commemorates Hesdra’s Underground Railroad involvement at the crossroad of Route 59 and 9W. 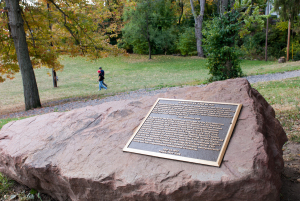 July US Congress passes a bill to accept African descended men into the Union army to fight in the Civil War.

January 1, Abraham Lincoln issues the Emancipation Proclamation Freeing all enslaved persons except those in states that are not at war with the Union.

In NY State only 44 African American men qualify for voting rights due to a requirement that they own property valued at $250. White men are not subject to this prerequisite.

At Sparkill a plot of land is purchased to establish the Old Swamp Church, headed by former enslaved Rev. William P. Thompson.

December 18, the Thirteenth Amendment, abolishing slavery in the US is passed.

Frederick Douglass is invited to speak in Nyack by the Nyack Grant and Wilson Club, an African American political organization. The event was attended by more than 700.

“St. Charles AME Church” is built on the site of the former Old Swamp Church in Sparkill, NY. 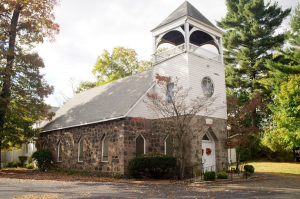