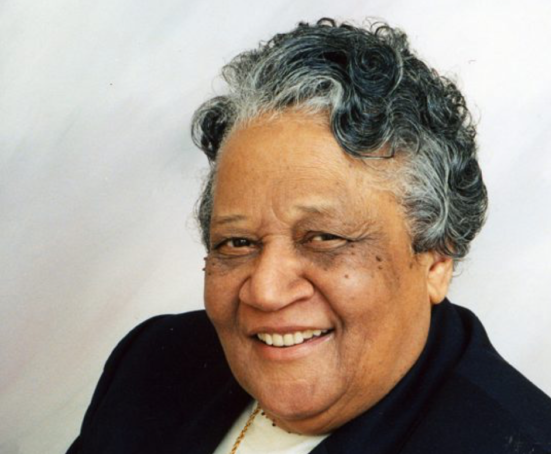 Dr. Arlene W. Clinkscale is a role model and ground-breaker in the world of education in Rockland County.  Not only was she the first African American school teacher hired in Pearl River, but she was also the first Black female principal in Rockland, and Nyack made her the first African American superintendent of a public school district in New York State.  Born in Brooklyn and raised in Richmond, VA, Dr. Clinkscale was destined for a career in teaching. She recalls that when she was growing up Black women were encouraged to become either a secretary or a school teacher, possibly because there was guaranteed success in those careers where other opportunities were limited to women of color.  However, she had a love of education, she valued children, and she truly wanted to be a teacher.

Dr. Clinkscale attended Hampton Institute (now Hampton University) in Virginia and went on to Columbia University Teacher’s College in NYC.  It was from there in September of 1960 that she was hired as an elementary school teacher in Pearl River, NY, by Superintendent Edward Manning. “If you come here, you’ll be pioneering,” he said to her.  “What do you mean by that?” she asked.  He looked into her eyes and said, “There are no Black teachers in Pearl River.”

Despite breaking ground as the first Black teacher in Pearl River, however, Dr. Clinkscale says she had no fear.  She says many in the community reached out to support her, and if there was any opposition to her hiring, she was unaware of it.  When she arrived in town, a group had compiled a list of places where she might go to seek housing.  “I had more problems with housing than with the job,” she remembers.  Indeed, getting an apartment in Pearl River was difficult.

Her first housing was actually in Spring Valley with a prominent African American family.  However, six weeks after she moved in, the water was shut off because the family had not paid their bill.  “When I came out of the apartment, I had to step across raw sewage to get to my car, and I went to the Health Department every day for weeks to complain about it before they investigated the situation. They sent Mrs. Marguerite Harris, a health nurse, out to assess the situation, and she determined that the dwelling was uninhabitable.”  There would be other unsatisfactory dwellings for this pioneer, but others were trying to help her find suitable housing in this new community.

“People at Nauraushaun Presbyterian Church took the initiative to help me find an apartment.  They rented a unit, paid the first month’s rent, and attempted to turn the apartment over to me.  But the landlord said no.”  Consequently, Dr. Clinkscale filed a case with the Human Rights Commission who wanted her to accept the other side’s offer of a one-bedroom apartment with a storage space for her belongings that would not fit inside the apartment.  After looking at the space, however, she determined that the apartment was not suitable since she was living with two other people and the space would be too confining.

Bethune Boulevard at the time was transitioning from a Jewish neighborhood to an African American neighborhood.  This area had long been referred to as “The Hill,” but living there was a unique experience for Dr. Clinkscale, for “…I was accustomed to black people living in all different areas of the city, but here all the Blacks were living in one area.”  Dr. Clinkscale recalls, “So we came back and rented an apartment in a new building on Bethune Boulevard and from there we went to a place on Hoyt Street and from there to the home I purchased on Regina Road.”

“Teaching in Pearl River was exciting and challenging for me.  Coming from the South, I found that parents were not as involved in their children’s schooling as they were here.  Here teachers were trusted and respected and parents were in the schools all day.”  Also, it did not seem to be a problem for the community that the new teacher was African American.  “On the first day I had 27 names on my roster and 26 students appeared.  Then, the children went home for lunch, and, I assume, told their parents their teacher was Black— and 27 students came back…I had five wonderful years in Pearl River and parents were very supportive.”

A female supervisor, one of the rotating principals at the school, “saw something in me that she thought could be or should be developed.  It was she who encouraged me to go back to school to get my professional degree in administration.  Otherwise, I loved being a teacher and would never have thought of going to another level.”

Hard work and a positive approach to meeting challenges head-on paved the way to Dr. Clinkscale’s becoming Superintendent of Nyack Schools.  “I had been a principal at Valley Cottage Elementary School and had gotten many accolades—and it had been a very difficult school.”  There had been a divisive teachers’ strike for 27 days, the longest in state history up until that time.  One previous principal had retired and had indicated to Dr. Clinkscale that she was retiring because she “just could not handle integration.”  Dr. Clinkscale remembers, “When I assumed the job as principal in 1977, I asked what were the most important things I needed to accomplish.  I was told my priority was to build staff morale, and I went to work on that.”

“I would never in a million years have applied for a superintendency, but one person on the board asked me to apply…It was a real hotbed in Nyack at the time, but we survived—we made it.”  Only one person spoke out against my appointment, and that was because I got a higher salary.”  The New York State Assembly and the New York State Legislature both issued resolutions lauding the selection of Dr. Clinkscale as Superintendent of Nyack Public Schools, the first African American woman to hold a superintendency in New York State.

Of her time as Superintendent of Nyack Schools, Dr. Clinkscale says, “We were always able to work out whatever differences we had, and in the six years that I was there, I never had a grievance although there had been 17 on the desk when I arrived.”

Dr. Clinkscale reflects that being superintendent was the most challenging time of her career. “My mother (who was living with her) got sick and I got the superintendent’s job at the same time.  I had to juggle a lot of things.  My friends told me that I couldn’t do it, but I did it—it was just what I had to do.”  In addition, Dr. Clinkscale says,” I am not a power-hungry person, and I did not like the power that went with the job.”  She felt that hundreds of students, parents, and faculty and staff would be affected by decisions she made and that those decisions could have a positive consequence—or a negative one –and that made her uncomfortable.

She says of her time as superintendent, “I had two things that singled me out—I was Black and I was female.”  She remembers how difficult it was for her to walk into superintendents’ meetings and be “the only one.”  At one meeting a white woman approached her and asked Dr. Clinkscale, “And what district is your husband superintendent of?”  Dr. Clinkscale responded,” I am the Superintendent of Nyack Schools.”  The woman never spoke to Dr. Clinkscale again.  Yet, she says it was thrilling to get the numerous honors and awards and to read the press accounts of her accomplishments.  She was especially honored to receive recognition from her sorority, the Sigmas, and from the Congressional Black Caucus.

Dr. Clinkscale retired as Superintendent of Nyack Schools in 1987 and says, “It was the shortest retirement in history…I soon took a job as principal of an elementary school in Englewood, NJ.  When people would ask me why I would go from being a superintendent to being a principal, I would tell them the truth.  The job in Englewood was the right job, the most comfortable job for me.  I really liked being a principal, and I was very happy there for eight years until I retired again.”

In thinking about her philosophy of educational administration, Dr. Clinkscale said, “Having been a school teacher myself, I always felt I had an appreciation for teachers and what they went through every day.  So I felt I understood them.  I respected them, gave them opportunities to grow, and encouraged them to grow.  I didn’t try to stifle them.”  Others who worked in the Nyack schools during her time there say they always felt rather than working “for” her, she worked “with” them.  In fact, she says the biggest rewards of her career were the relationships she developed with faculty and with students.  She smiles as she reports that, even now, when she meets former colleagues or students on the street, she is often greeted like a long-lost relative.”  That seems to warm her heart.

A consistent theme of her life has been respect for other people.  “I try to treat people the way I hope they will treat me — and if I think I am wrong, I want to get it straight.  However, I always hope people will not mistake kindness for weakness….”  Mr. Robert Keenan, President of the Nyack Teachers Association during Dr. Clinkscale’s tenure as superintendent says in a letter to the editor on June 22, 1987, “The professional conduct, naturalness, warmth, honesty and graciousness of Mrs. Clinkscale set a leadership example which impacted positively on the entire district.  She was able to gain the trust of the staff and in turn, encourage people to trust each other.  She brought people together to accomplish her goal—the best possible education for every child in the Nyack School District…She is more than just an educator, she is a humanitarian….”

Regarding the changes in education since she was actively on the scene, Dr. Clinkscale says, “I think things have changed tremendously—all the testing—all the stress that people work under—more parent involvement, which I think is generally a good thing, but now it seems to be getting out of hand.  And discipline is a problem…Teachers are vulnerable to false accusations and they have to be cautious that innocent actions are not misinterpreted…I think some of the joy has gone out of teaching…but I think if I had my time over, I would do it all again.”