A Narrative of the Life of William Henry Myers 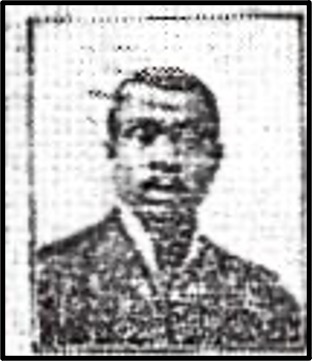 A Narrative of the Life of William Henry Myers

William Henry Myers was born in Virginia, August 17, 1848 and was enslaved on a cotton plantation.  In 1860, at the age of twelve, he was sold to a Louisiana cotton farmer.  He would work there for three years.  At the age of fifteen Myers escaped from that plantation.  Word had spread that there were infantry regiments of colored soldiers being trained by the Union, under the direction of Rockland General Daniel Ullmann. So with that information on June 2, 1863, William Myers fled to the Union lines at Milliken’s Bend, La. and volunteered for service.  He started as a drummer boy and private in Company K, 9th Infantry, Louisiana Colored Troops. By the end of his service he had become first sergeant.1

It is unclear what Myers’ motivation was for relocating to Nyack, though it is speculated that Gen. Ullmann’s who lived in the area and his continued vocal fervor on the rights of freedmen coupled with the fact that men like Gerrit Smith and Frederick Douglass received attentive and respectful audiences in Nyack, may have played a role in his decision.  By the year 1870, William Myers was a free man and Nyack resident as well as a rising member of the community.  Myers started the first black Grand Army of the Republic post in New York.  Myers became the commander of Silliman Post 172, GAR.2

In a Rockland County Journal editorial Myers writes in and speaks out about the move of blacks from the country in the South to the cities of the North he says, “There are plenty of negroes, born and raised on plantations, who would work every foot of land and make the owners of that land rich if they were only allowed to do it in peace; but with the existing feeling of hatred and injustice they are driven from the place of their birth to roam in the cities and towns among strangers looking for work, rather than to remain and be tormented to death.”3   Myers goes on to say:

“Having been the victim of Southern outrage myself, having been driven from the polls with a seven shooter held too close to my head for comfort, for no other offense than giving tickets to poor, ignorant negroes and explaining them, I am anxious to testify as to what made me and thousands more lose all interest in politics while in the South, not only negroes but white men also, who have been taught the same lessons in the same school.”4

William Myers was very active in St. Philip’s A.M.E. Zion Church of Nyack.  Mr. John W. Towt, a Nyack resident and a noted abolitionist who worked with the Tappan Brothers and others in New York City had sponsored the building of the church for Nyack’s black community in 1859.  After the building of the church, Myers served as the superintendent of the Sunday school and became chairmen of the restoration committee when the church came to need serious repair.

Myers was very active in his community as a result, he established the United Sisters In Friendship and from 1878 to 1902 this benevolent organization took in $6,228 to help the black community.  According to the St. Philip’s A.M.E. Zion Church Centennial Souvenir Journal, the League’s purpose was to “organize a female society for the care of the sick and the burial of the dead.”5  He also was an active member of the Odd Fellows, a benevolent and social society comparable to the Masons. “The High Cliff Lodge, Grand United Order of Odd Fellows of Nyack, was host, under William Myers’ direction, in 1891 to the state convention of colored Odd Fellows.”6

In the same year, he became the first black person to run for public office in Rockland.  He ran for constable of Orangetown on the Republican nomination.  He received 389 votes against 427 for one of his opponents and 567 for the other.7

After the death of William’s father, his younger brother Anthony along with his mother moved to Nyack as well.  Anthony had suffered from a disability and was considered lame, however; he graduated with honors from Nyack High School in 1986, becoming the first black person to graduate from a Rockland High School.  He later attended Hampton Institute and worked as a teacher until his death in 1892.

William Myers also held the position of treasurer of the board of trustees of the St. Philip’s Church.  He was involved in the 49th Anniversary Celebration and Annual Grand Rally.  A “Parchment of Honor for 1908-1909” with Myer’s picture still hangs in the office of St. Philip’s commemorating his dedication and contribution along with George Avery, president of the board of trustees, and Rev. J. B. Cephas.

William Myers was a very proactive man.  When named the chairman of the reconstruction committee for St. Philip’s he made an announcement at the end of Sunday service stating:

“I am not in favor of repairing this building, but rather favor building a new church out and out, and all who feel as I do in this matter just rise upon your feet.  The whole congregation rose.  Brother Myers then said if you will do what you can to raise the money, we will build a new church here, and pay for it inside of three years.”8

William Henry Myers fought to better his condition and the conditions of others in his community throughout his lifetime.  He overcame what would seem to be insurmountable odds to play a significant role as a leader and activist in the Nyack community.