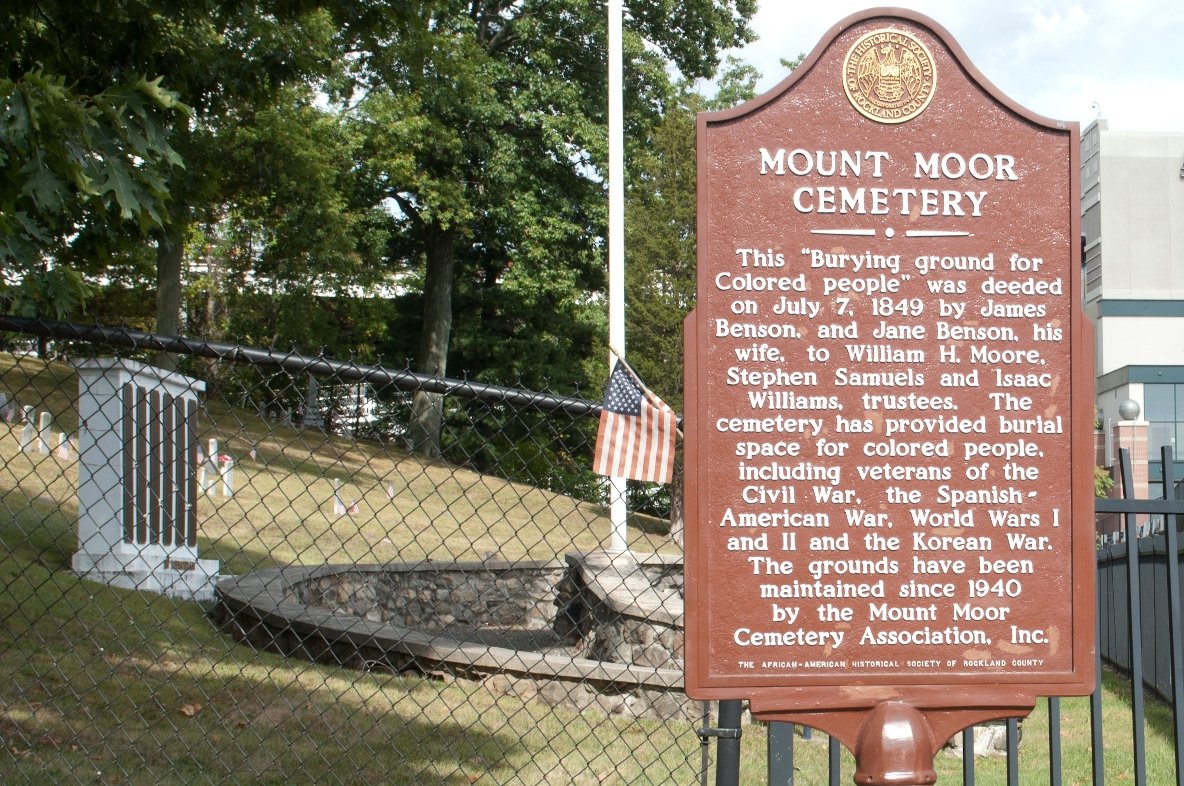 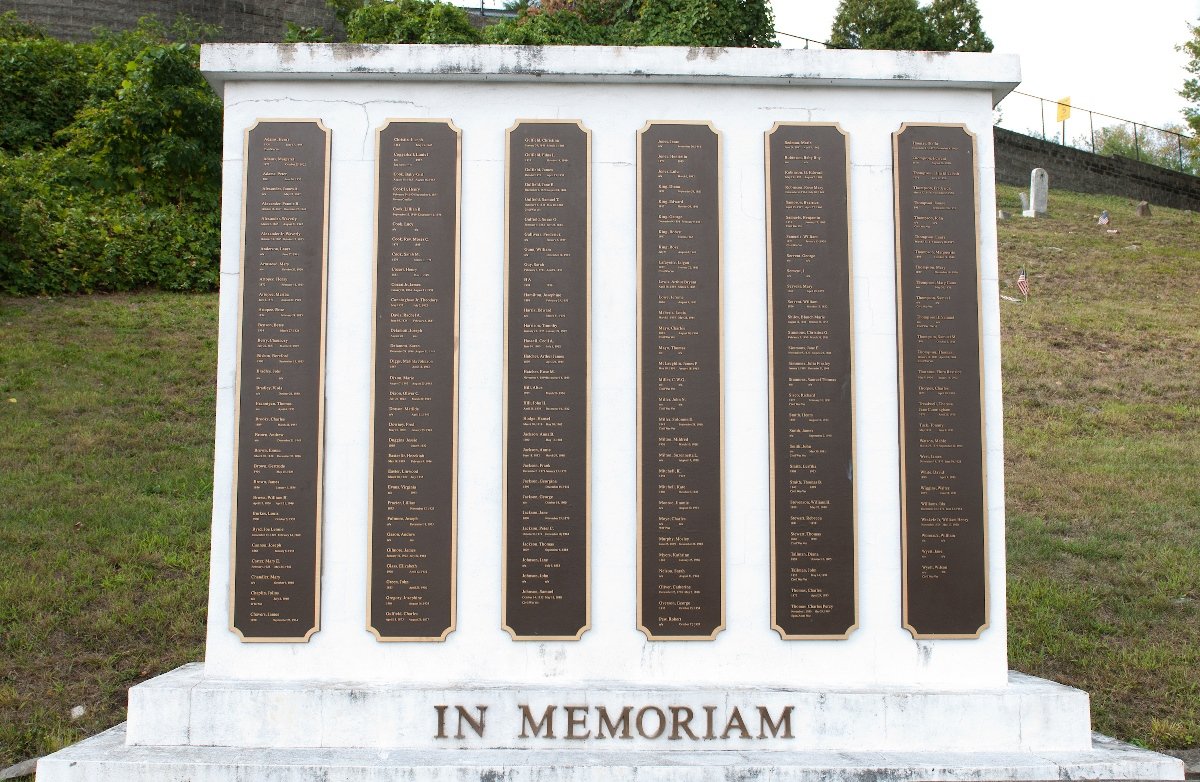 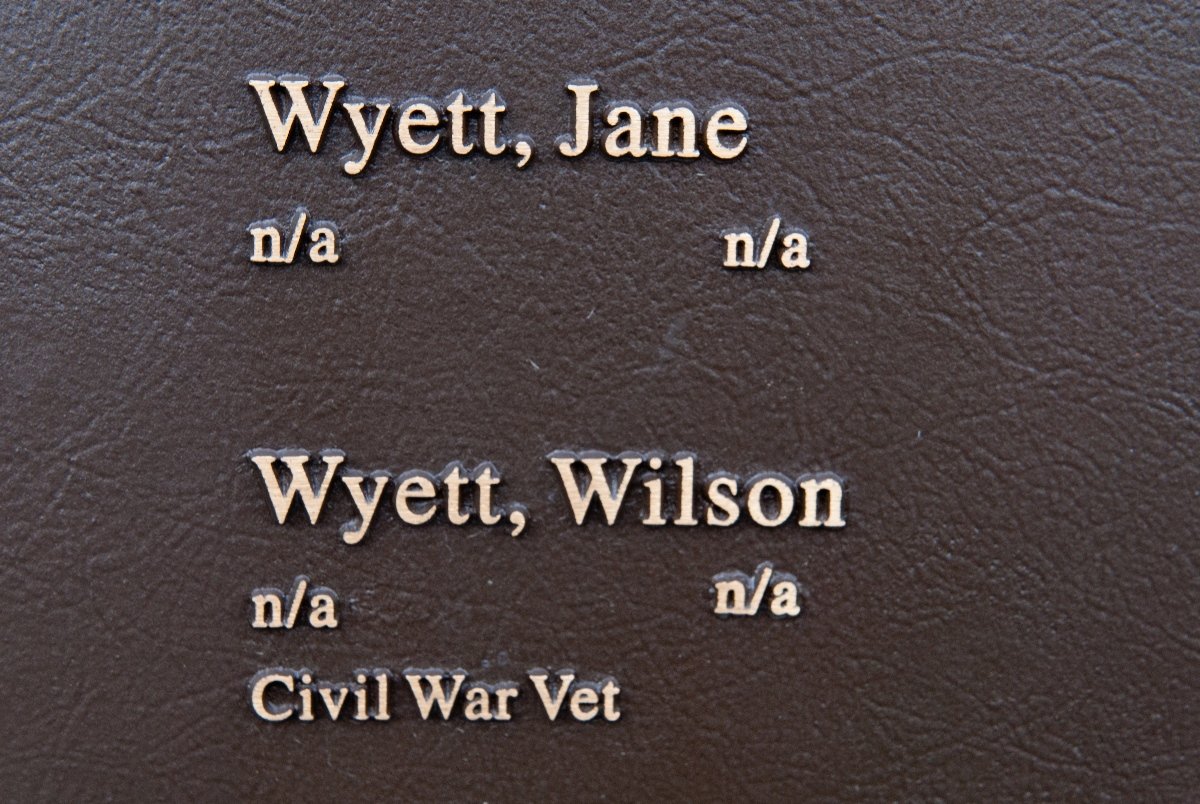 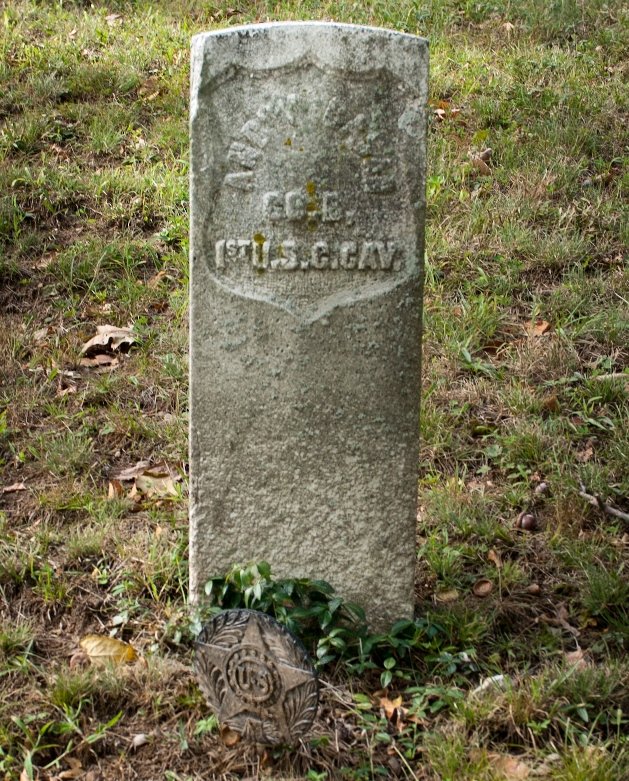 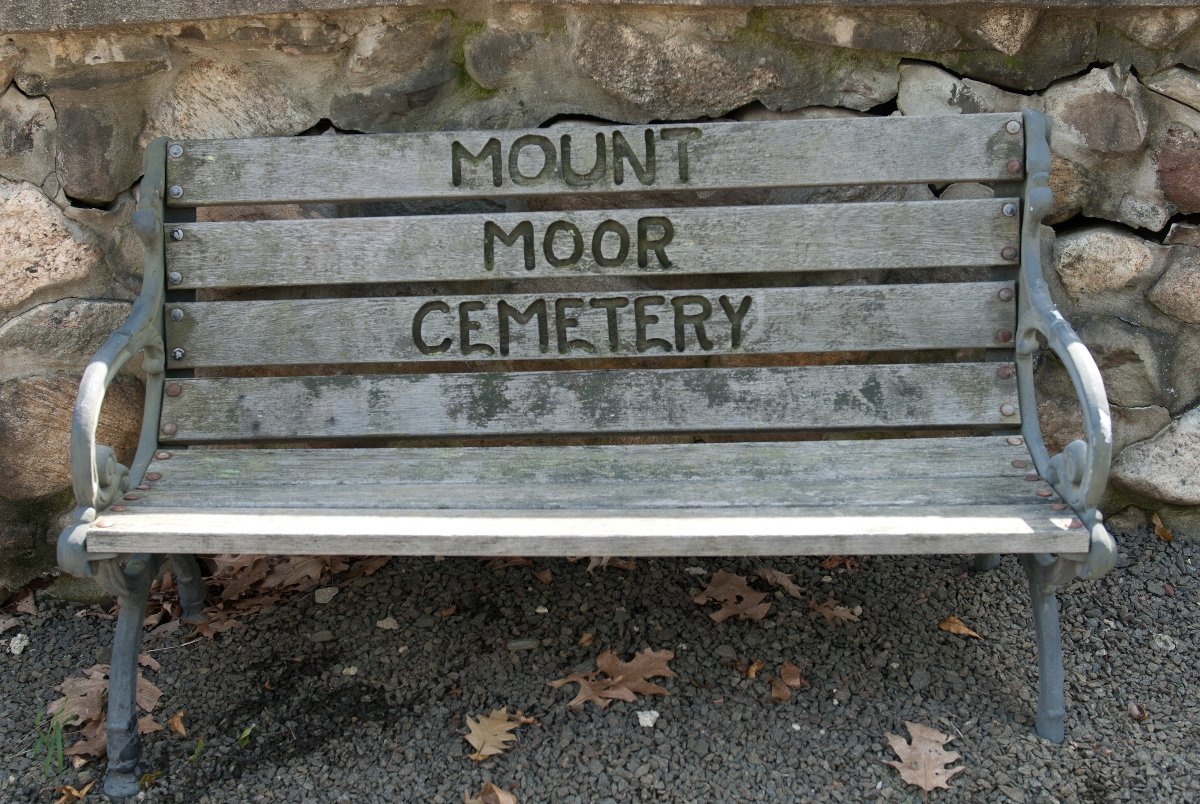 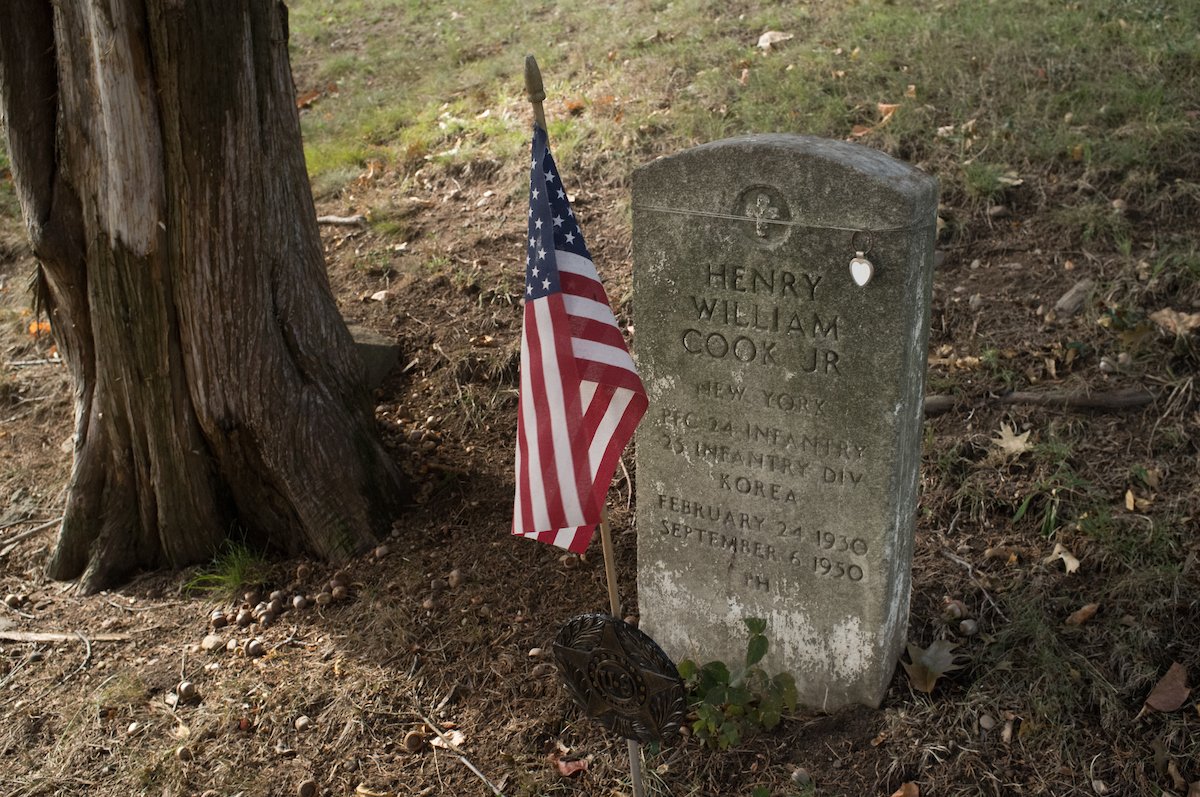 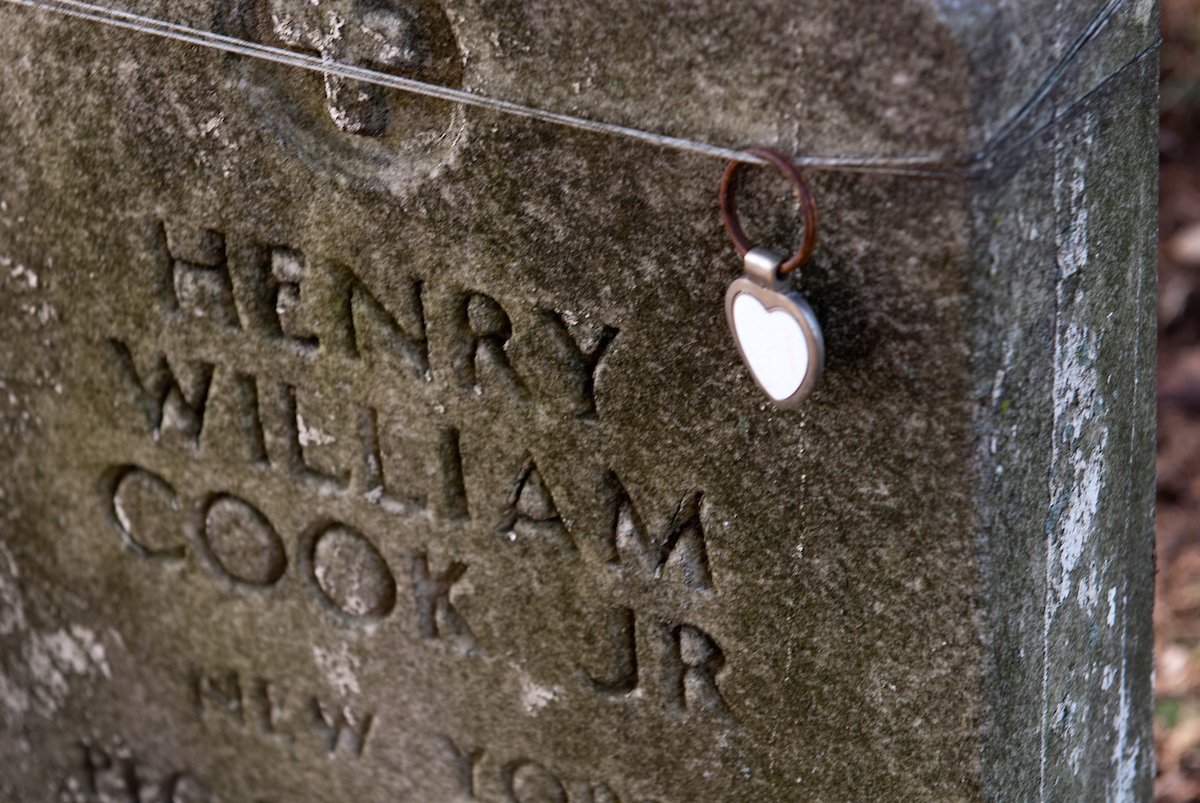 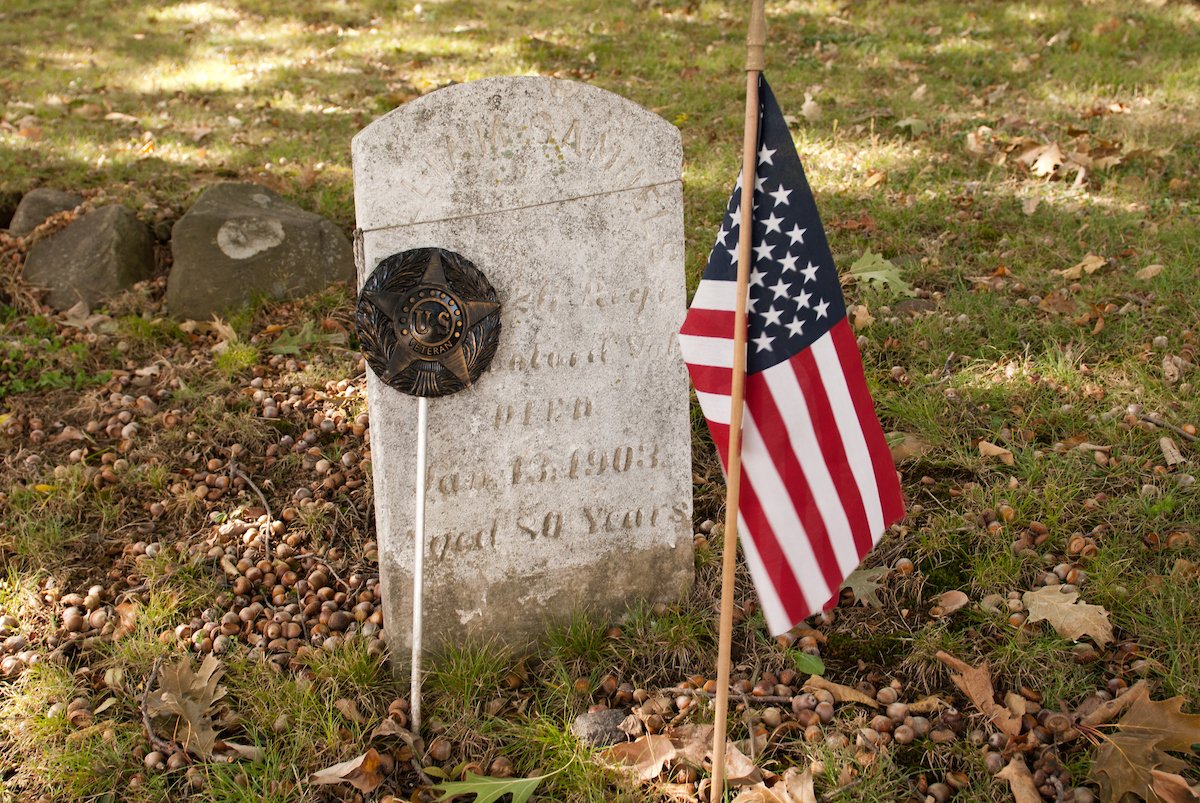 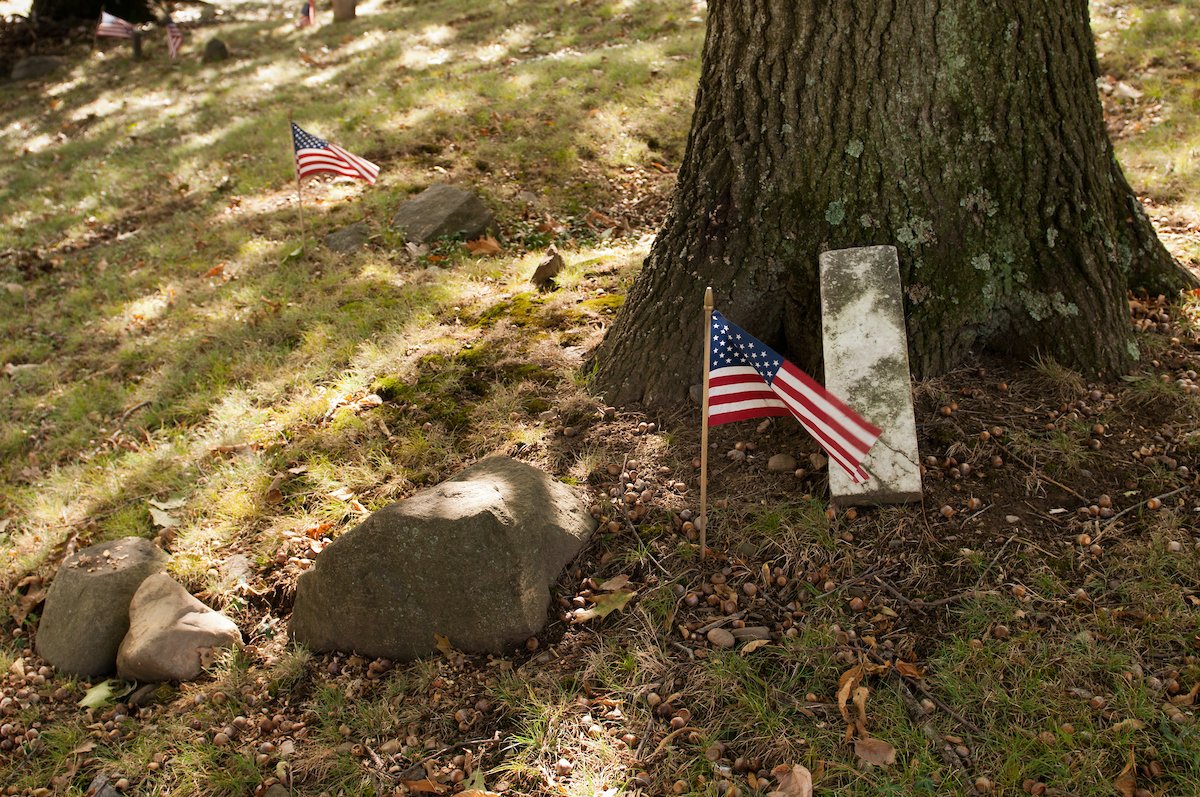 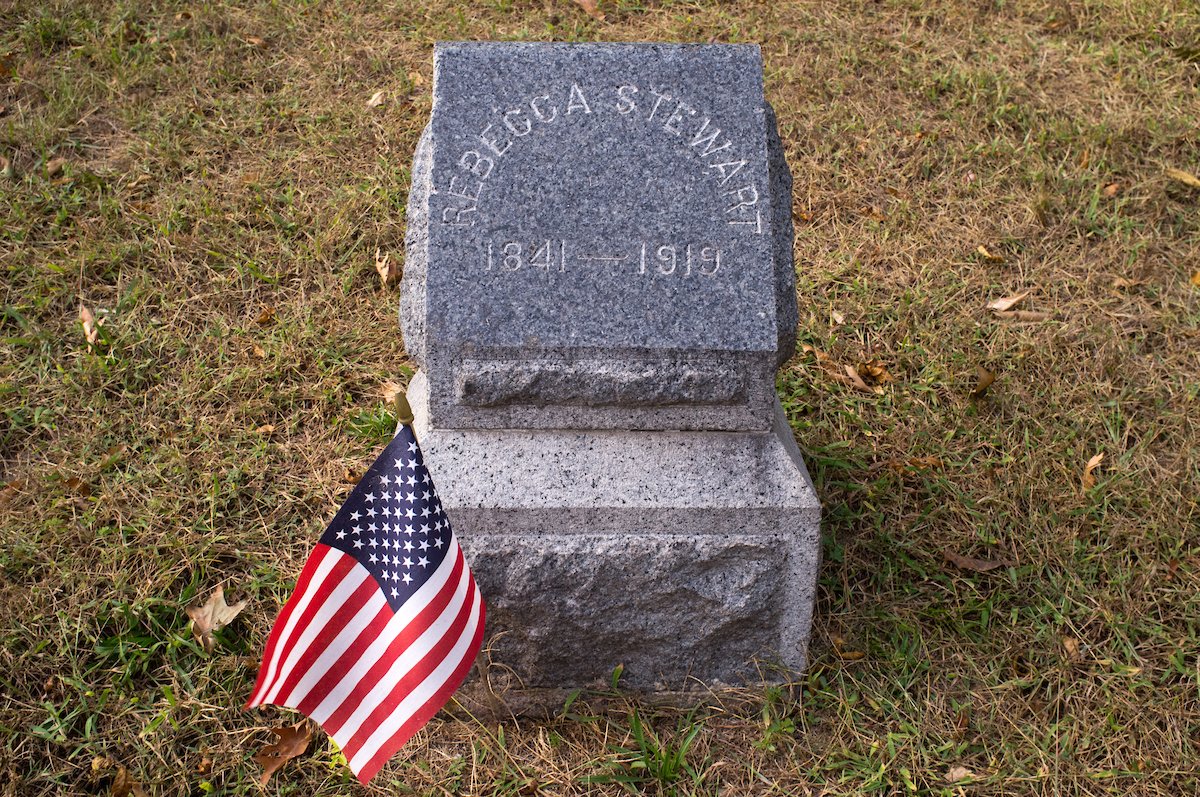 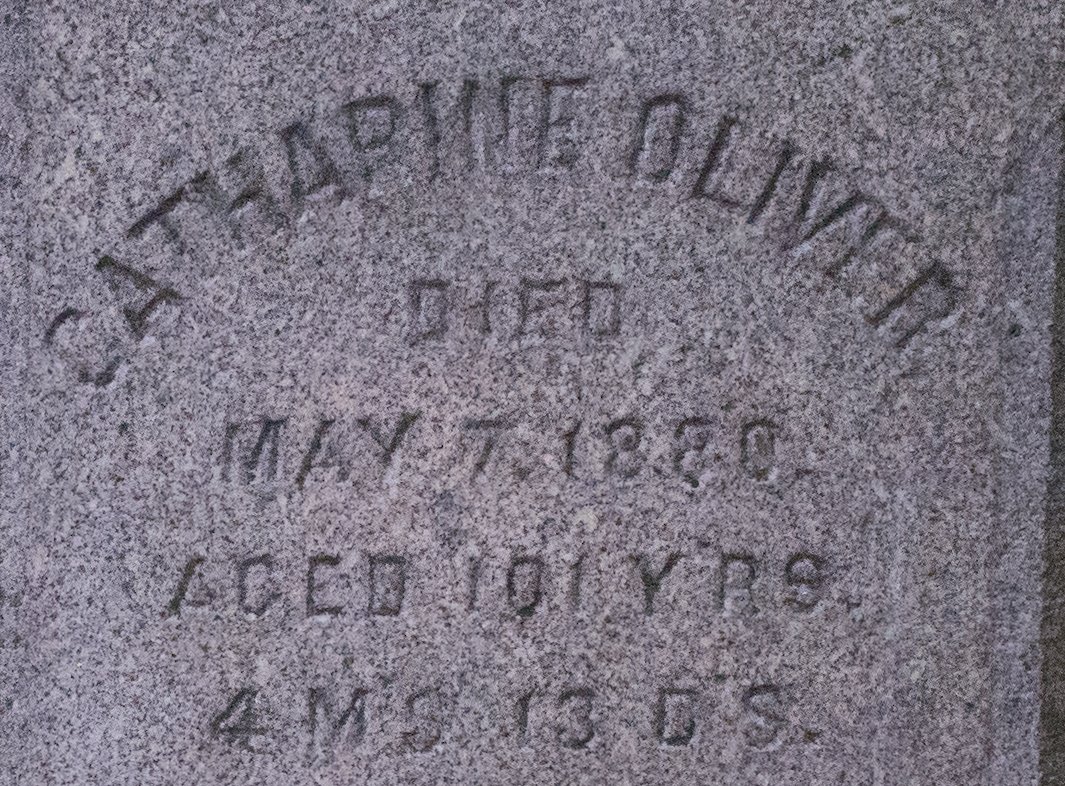 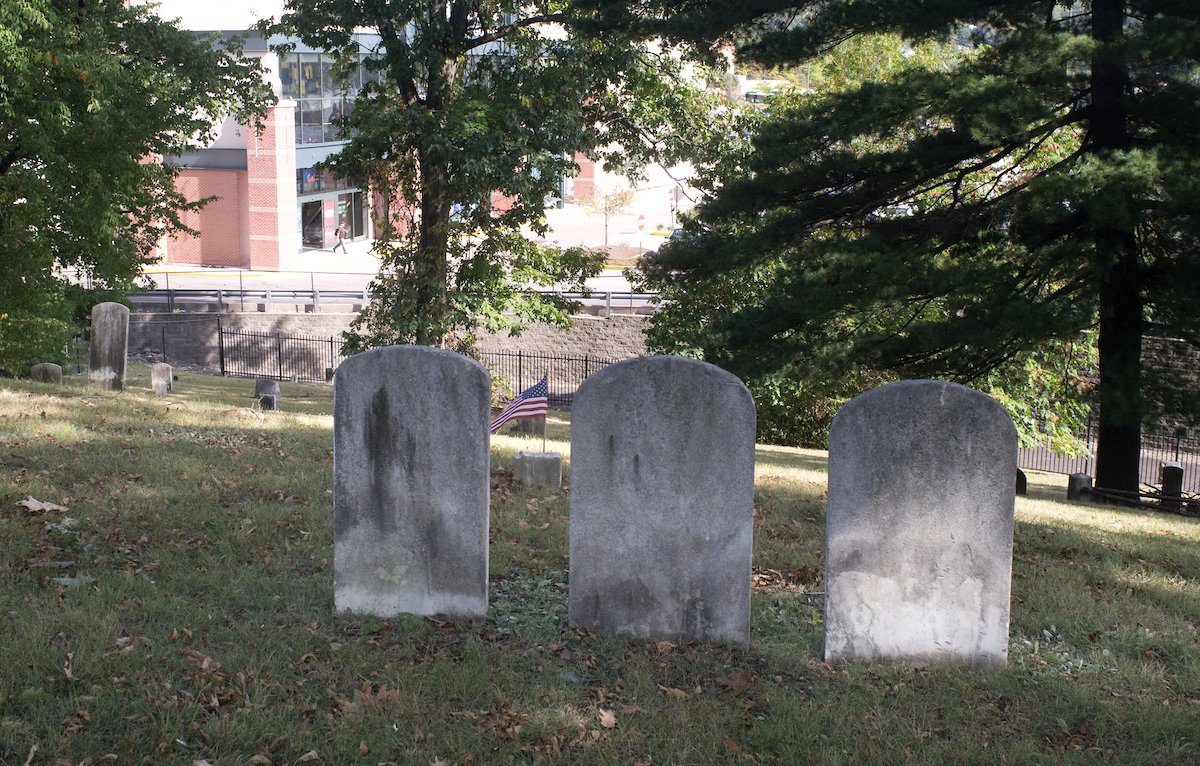 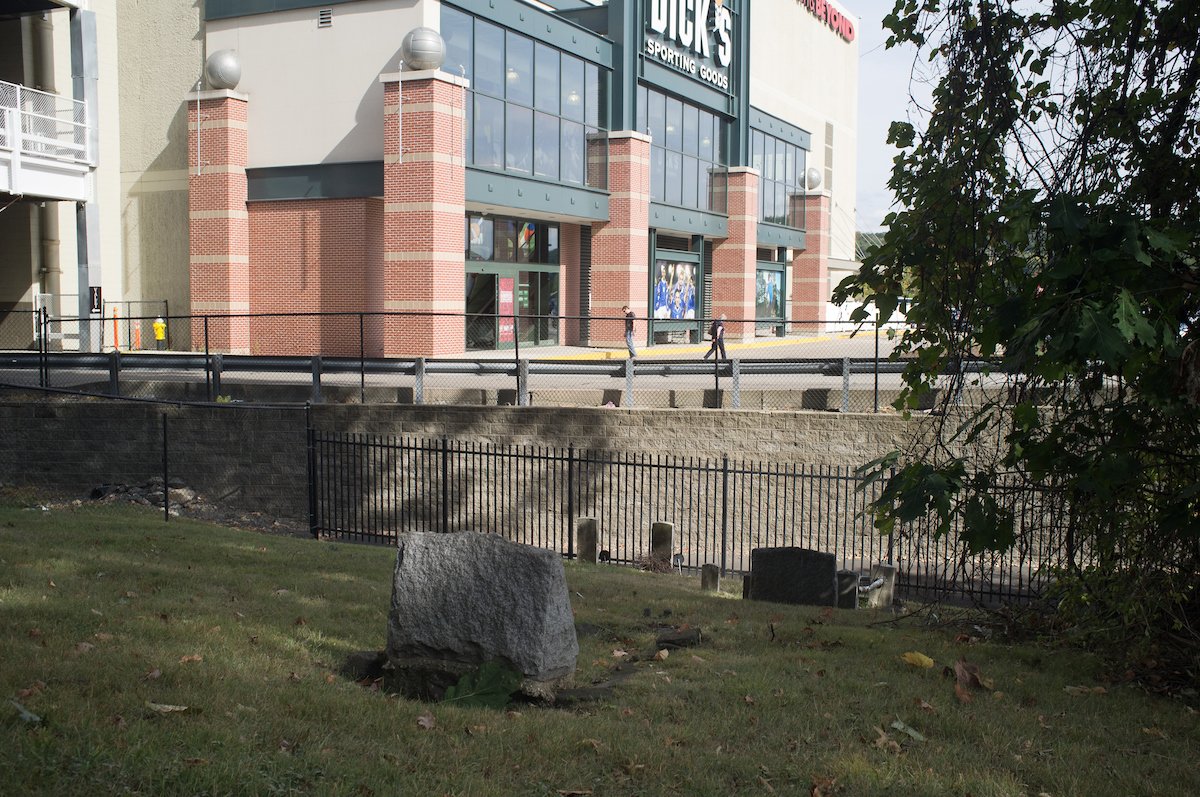 Mount Moor Cemetery is as much an example of racial segregation as it is an illustration of the sacrifices made for the country by people of African descent.  The cemetery is the final resting place of African Americans living in and around Nyack.  Many grave markers are too badly worn to identify, but community leaders and veterans dating back to the Civil War have been found among the plots. Veterans of the Spanish American War, and World Wars I and II are buried there.

According to the Mount Moor Cemetery Association, the origin of Mount Moor Is July 7, 1849.  James and Jane Benson, African American land owners, deeded the land to William H. Moore, Stephen Samuels, and Issac Williams, the trustees of the “Burying Ground for Colored People.”  The southern section of this sacred land was transferred to the trustees in 1855.

Mount Moor Cemetery sits in the shadow of the Palisades Center Mall, just north of Route 59.  The building of the mall sparked a tremendous outcry from the community once the contractor’s plans to move the burials became public. One of the graves at Mount Moor is that of Lafayette Logan, a Buffalo Soldier who fought in the American Civil War with the legendary Black 54th Massachusetts Volunteer Infantry. Several veterans who were members of the 26th Regiment United States Colored Infantry, also called the 26th Regiment New York Infantry (Colored) are also resting at Mount Moor.